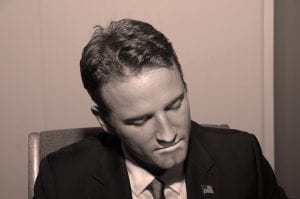 Mike set out to repeal laws that are overly burdensome or make no sense. Mike’s efforts have resulted in bringing ice cream trucks back to Stow, eliminating regulations on arcade games, and repealing extremely harsh rules on charities.

Mike has been City Council’s consistent voice of restraint when it comes to spending your tax dollars. He has voted “no” on 4 of 8 annual budgets, because they were not balanced. Since Mike was appointed as Chairman of the Budget Committee, Stow kept a balanced budget. In spite of Stow’s fiscal restraint, Stow has not reduced services.

As a few examples of Mike’s cost-cutting:

Mike understands that not all spending is bad. Investments into infrastructure are critical for the business community and the residents’ quality of life. When Mike was elected, the City’s roads were crumbling. Sixty (60) lane miles were in “poor” or “very poor” condition. The city was spending about $300,000 per year on road improvements. Mike has consistently fought for more funding for road repairs. From 2011 to 2017, the City has invested an extra one million dollars per year into improving roads. When compared with 2009, Stow reduced the amount of “poor” or “very poor” lane miles by 47%.

In 2013, Mike led the charge to defeat a ballot proposal (by a 68-32 margin), which would have increased the income tax rate from 2% to 2.25%. Since Mike was elected, Stow has not raised taxes by even one penny. And the City has done it without reducing or eliminating city services. In May 2018, Stow overwhelmingly passed Mike’s proposal for a Taxpayer Bill of Rights, which now prevents tax increases unless they are submitted to the voters.

Mike has been an advocate of U.S. servicemen and women since being elected. Mike proposed legislation to move Stow’s primary from September to May to prevent disenfranchisement of overseas military personnel. Voters agreed to resolve the problem in November 2017 by eliminating primary elections altogether. Mike volunteered on Honor Flight, taking WWII and Korean War veterans to see Washington DC monuments. He is a Director for local military foundation, The Cpl. Joseph A. Tomci Memorial Foundation.

If it were not for Mike Rasor, it is safe to say that Stow would not have term limits on its City Council. He fought to get term limits on the ballot in 2010, and then he campaigned fervently for their approval. Thanks to Mike’s efforts, term limits were approved by a 75/25 margin. Mike also successfully fought efforts to repeal term limits for mayor, law director, and finance director.

Mike has strived to make Stow the most transparent city in Ohio. He has continuously operated a blog since 2009, informing residents of every important vote and other city issues that affect them. He drafted and sponsored the “Transparency and Green Savings Act,” which required all important city documents to be placed online. He supported legislation to make Stow the first Summit County city to place its checkbook online. Auditor Dave Yost gave Stow a “clean audit” distinction for each year during Mike’s tenure.