An update on Downtown Stow

On Monday, Stow officials met with our consultants from OHM for more than three hours to discuss our plans for a Downtown Stow.

The preliminary market study shows demand for retail/restaurants, which means we will proceed to the next stage: OHM will create a set of renderings to attract a developer and private investors to create a multi-use downtown district near City Hall.

We will meet again with OHM in October. We will receive OHM’s deliverables in December/January. We will then seek proposals from developers. Once we select a developer, we will negotiate a set of plans and a financial package.

I believe we are a long way off, but we are on the right track. Please be assured of one thing. Everyone in that room (me, John Pribonic, Mayor Kline and her administration) are dead-set on maximizing the value of this city asset — keeping in mind all of the positive and constructive feedback that you have given through Facebook, phone calls, emails and in-person meetings. We intend to do this without your taxpayer dollars. (Isn’t it great to see things get done in a bipartisan fashion?)

Again, the goal of this venture is to use YOUR input to create a genuine downtown Stow — an energetic, walkable, district where residents can enjoy themselves.

No question: there will be some hurdles. And this will not come together quickly. Probably not next year, or even 2019. However, I’m happy to report that all of the city officials are (presently) on the same page with this goal.

Below is a photo of the land that might be opened for a developer. It’s way too early to predict much more than what I’ve included in this post. The uses, designs, tenants — all way too early. But you know conceptually where we stand.

I’ll keep everyone updated as soon as there is news to provide. 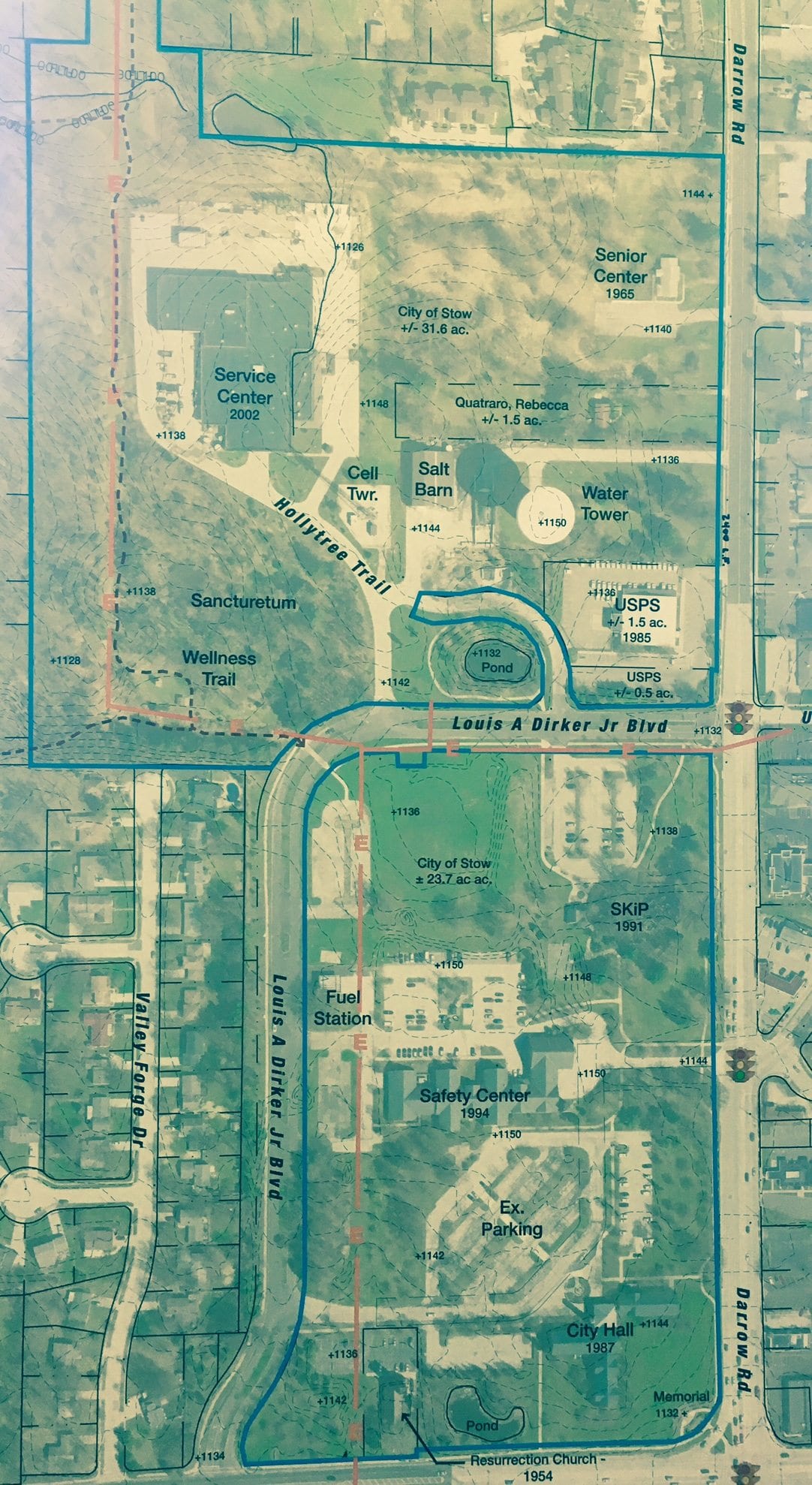