Here are my notes from the June 8 council meeting:

New Senior Living Project – A group called Omni proposes to invest $25-29 million to build a 144-bed senior-living facility between Hudson and Allen roads. I believe it’s the largest investment into the city since I’ve been on council. It’s projected to begin construction next spring. The completed project will bring $2 million of annual income. The complex will pay about $500K in annual property taxes. The project could be expanded even more to include some property to the south and north. Here is a bird’s-eye view of the plot. 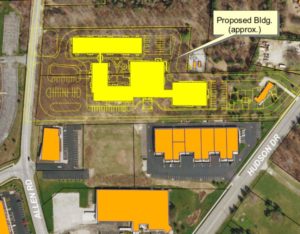 Potential Improvements to High School Traffic Congestion – Council approved up to $400K in funds to improve the Graham/Fishcreek/Newcomer corridor, which sees a lot of congestion because of high school traffic. We will only spend the money if we get an 80-20 match from the State of Ohio. In other words, we expect the total expenditure to be $2 million.

Regional Dispatch Update – The mayor announced that she has signed a memorandum of understanding (“MOU”) with Cuyahoga Falls, Tallmadge and Summit County to enter into a regional council of governments (“COG”). The MOU does not bind the City of Stow to anything, much less enter into a COG. Only city council can do that. The first step will be for the parties to the MOU to hire a consultant to provide guidance on technology, venues, and finances. That, too, will likely have to come before city council (unless Stow’s share of the consulting fee is less than $15,000).

Special Committee to Repeal Stupid Laws – As I announced this week on Facebook and in the Akron Beacon Journal, I have formed a committee of councilmembers to study all ordinances in the City and identify ones that are outdated, unenforceable, over-intrusive, and/or unnecessary — in other words, “stupid laws.” We kicked off the effort by repealing Chapter 713, which forced charities to jump through numerous hoops just to host a fundraiser within city limits. It prohibited anyone under 18 to attend. Most offensive to me: It required charities to disclose all of their volunteers to the government. I hope to repeal a lot of stupid laws in the coming weeks and months. I appointed councilmembers Costello, Riehl and D’Antonio to work on the committee.

Next Meeting – I made a motion to cancel the June 22 meeting, because we had little pressing business, and there’s no reason to pay employees to be there. Our next meeting is now July 13.