The plan to deliver the best roads in Summit County

Last week, City Council made a very important vote. We committed to fix every single worn-down road in the city, over a 18-month period, beginning this summer.

Here is a rundown of the situation:

The past. The Great Recession put a big hurt on city governments everywhere. Some responded by raising taxes. Others by cutting services. Almost all of them reduced their investment in infrastructure. Thankfully, Stow rejected a tax hike, maintained services and reduced its workforce by 20%. Unfortunately, we opted not to fix our roads.

I became chairman of the Finance Committee in 2014. That’s when things changed. I insisted that we budget enough to fix the roads each year, plus an additional “catchup” sum. 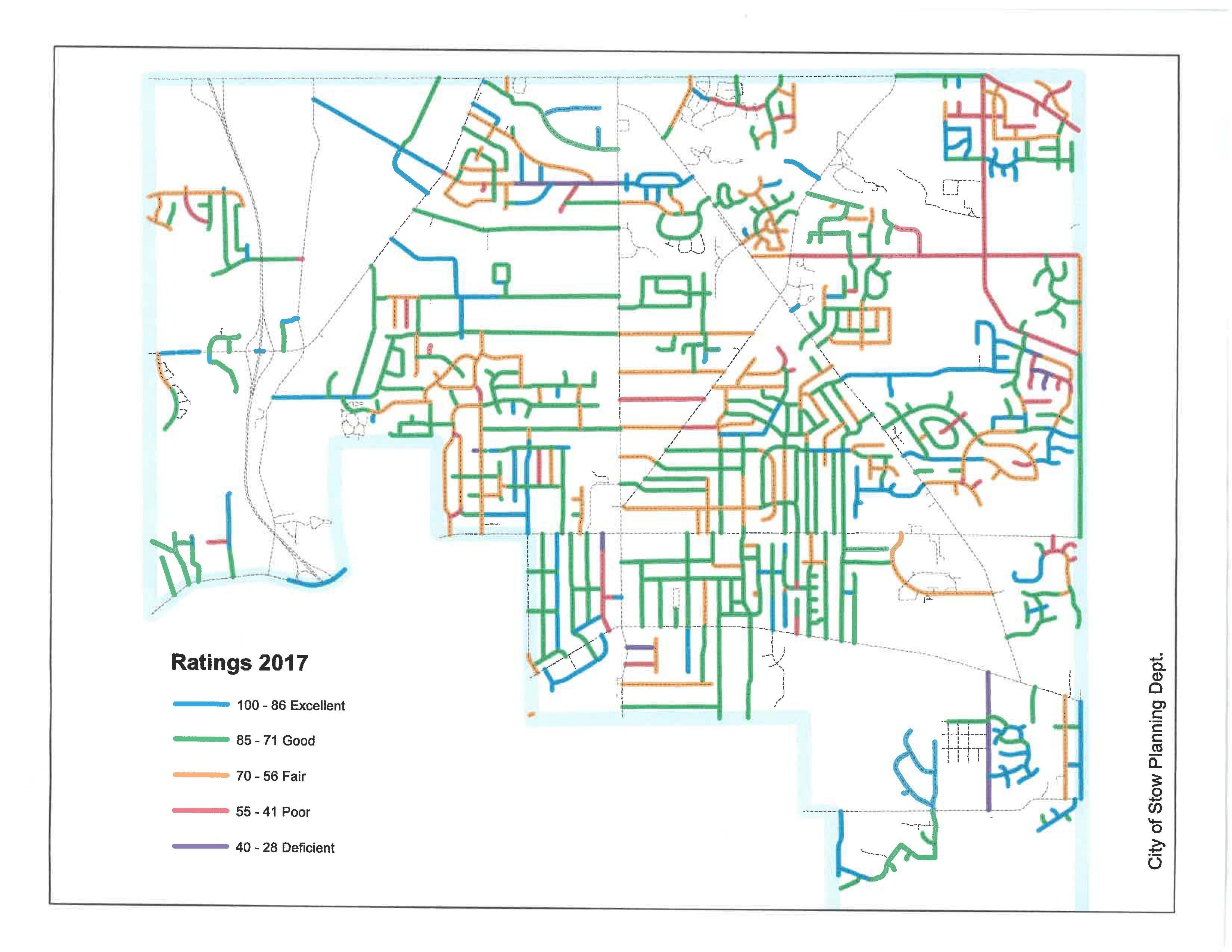 Since the time these ratings were compiled in 2017, we have paved many of the roads shown below as “fair,” “poor,” and “deficient.” For a more detailed understanding, please click the links below, to find spreadsheets that show the ratings (far right column) of every asphalt and concrete road in town — again, as of 2017:

The gameplan for 2019-2020. While the slow catchup plan was the best we could do in 2014, I never deemed it adequate. If City Council continued on its current trajectory, we would never eliminate the red and purple roads, as you see in the 2017 graphic. Sure, we’d fix them, but new red/purple roads would arise, due to the normal wear and tear that happens in Northeast Ohio. At best, we would reach our goal in time for the next recession, and the process would repeat. We needed drastic action.

So I proposed (and the administration supported) a plan to get us back on track. 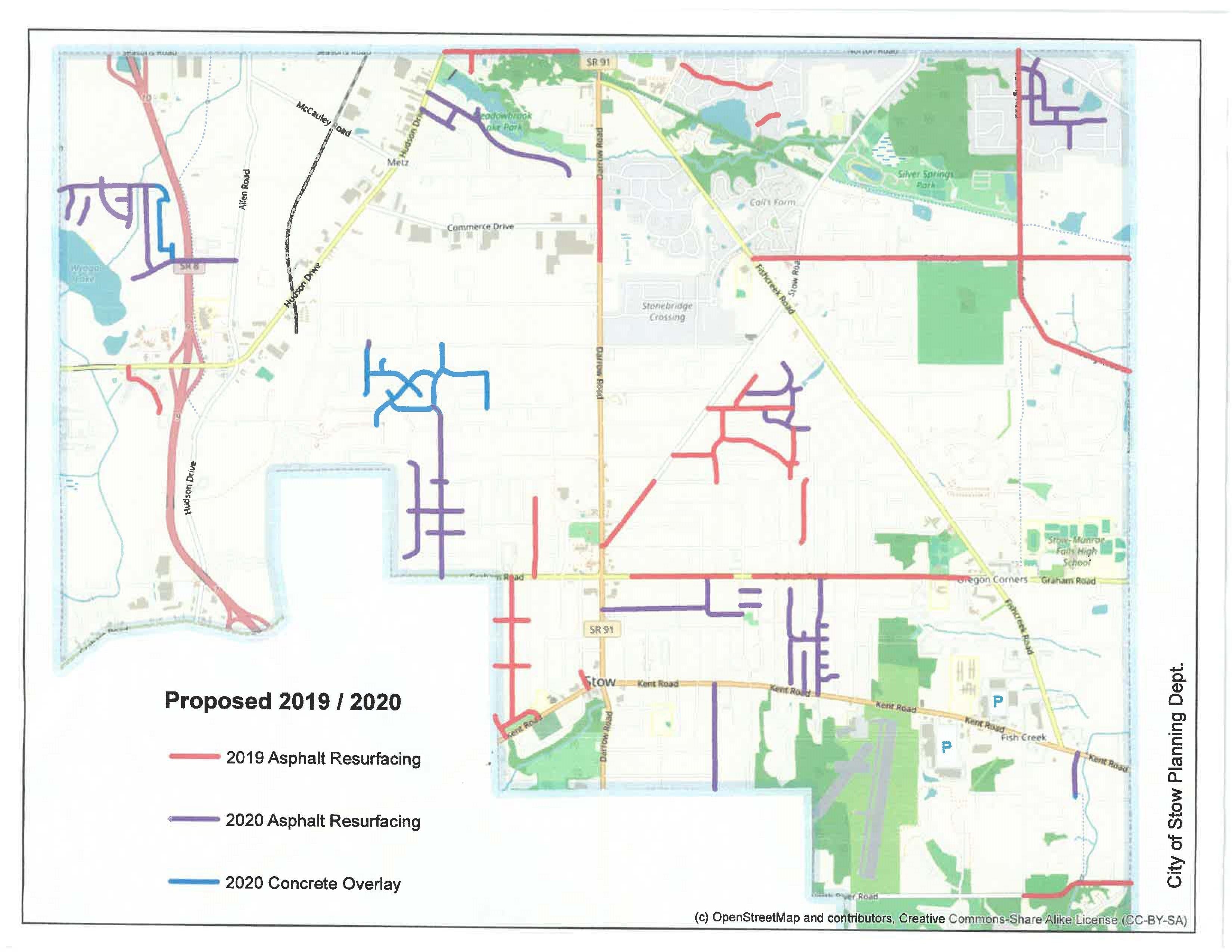 By doing this quantity of work within such a short period of time, it will have the following results: (1) The city will be “caught up” on paving — finally, after 10 years of clawing back from the Great Recession. (2) Stow’s future road repairs will be less expensive, on a per-mile basis, because we won’t need to repair the base of the road (i.e., the longer you wait, the worse the damage to the road’s foundation). (3) Even if your road isn’t on the 2019-20 paving plan, you can be confident that the trucks will be there before damage to your car’s shocks, your body’s ankles, or your home’s value.

How are we paying for it? We are not raising taxes. We are not dipping into our savings account. We are not selling bonds or borrowing from the market. We are borrowing internally from the water fund, and only if we cannot achieve next year’s $2.8 million threshold through our typical sources. Borrowing from ourselves has the same benefits as a personal 401K loan: you’re paying interest to yourself, you’re not paying exorbitant loan fees, and it doesn’t hurt your credit rating.

In 18 months, the City of Stow will have no roads that are “poor” or “deficient.” We will have a credible claim to the best roads in Summit County. And our finances will still be stellar. I’m very thankful to my colleagues who supported this transformational project.